Chance to Shine Project of Year

Sale Cricket Club was named Chance to Shine Project of the Year at the Brit Insurance annual achievement awards at Lords Cricket Ground on 3rd November.

The star-studded event was attended by the Governor of the Bank of England and Chance to Shine President, Mervyn King, England captains Andrew Strauss and Charlotte Edwards along with fellow England players Chris Tremlett and Jade Dernbach.

The judges praised the club for securing additional funding that allowed the club to employ a dedicated Sports Development Officer to deliver their programme, which resulted in a massive over delivery against the KPI’s and has ensured the sustainability of the programme as the overall income generated by the post will see it continue after the Chance to Shine funding has ended. 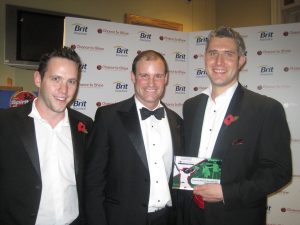 and set out to bring competitive cricket - and its educational benefits - back to at least a third of the country’s state schools.

Sale Cricket Club has worked with 12 schools in the Sale area, delivering over 550 hours of cricket through a combination of curriculum and after-school coaching and competition.  All curriculum coaching has been delivered free of charge to the schools involved.

Schools coaching is based around games and encouraging competition.  The club has established an inter school cricket league for the primary schools that is entirely teacher led to ensure sustainability.  The winner of the league has the pathway to the national ASDA Kwik cricket competition.

The club has also benefited from a large increase in junior members and the establishment of a girl’s cricket team competing in the Cheshire league for the first time in 2011.

Jim Love, Regional Manager for Chance to Shine, said: “The professional approach that Sale took to their project really stood out, as well as the way they brought the school sports network together.  As a result they delivered real added value and over achieved against the targets we set them”.

Sale Sports Club Chairman Rob Moore manages the project on behalf of the club and said, “Chance to Shine has been recognised as one of the most successful grassroots sport initiatives ever, so to be named Project of the Year is a great honour for the club”.  He went on to say “We are very pleased to be able to provide this valuable initiative to the local community”.

The programme is delivered by Trafford Sports Coach of the year Rick Halkon, who said “It is fantastic to receive national recognition for something that everyone involved in the program has worked so hard for. All the passionate volunteers at Sale Sports Club can be immensely proud to be recognized by one of the country’s leading charitable organisations.” 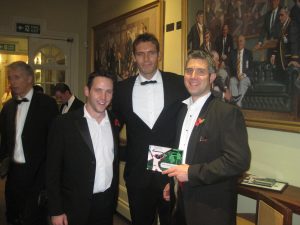