Sale Sports Club launched Sky Sports ‘Get Involved’ week on Monday 4th June with a live Sky Sports News broadcast from the club’s Sports Fun Day to promote their initiative to encourage more people to get involved in their local sports club.

The fun day included Cricket, Hockey and Tennis challenges and a fun run, as well as go-carting, zorbing, face painting, whack the rat and a bouncy castle 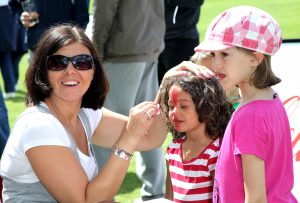 Sale was chosen for the Get Involved live broadcast based on  the club involvement in the local community and the success it has had increasing its membership to over 600 in the last 3 years.

The fun run was a designated Street Games event with over a 100 runners.  Former England hockey international Charlotte Hartley was on hand to start the fun run and present medals and T-shirts to all participants. 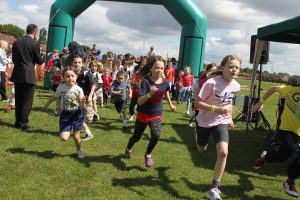 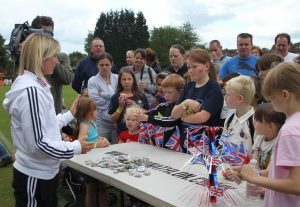 Sky reporter Fraser Dainton opened with a live interview with club President Rob Moore, who explained the challenges that volunteer led sports clubs face in raising funds in the current economic climate.  A further 6 live broadcasts during the day promoted Cricket, Tennis, Hockey, volunteering and the social aspects of the club. 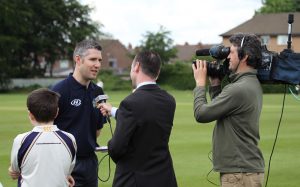 The club received special praise for its innovate approach of employing a dedicated Sports Development Officer, Rick Halkon, to work in local schools and to provide a link to the club.

The club then formed part of the rolling news agenda of the day with an hourly report featuring quotes from Rob Moore and Rick Halkon.

The fun day allowed the club to highlight the challenges faced by the hockey section that have to train and play in Manchester due to the shortage of facilities in Sale.

The fun day followed a Jubilee Party on the Sunday, covered by BBC radio Manchester, which launched a year of fund raising to improve the club facilities.

Sale President Rob Moore said, “Not only was our Sports Fun Day greatly enjoyed by everyone who participated, it also allowed us to promote the benefits of getting involved”, he went on to say “I hope that this weekend will give us the platform to take our club to the next level”. 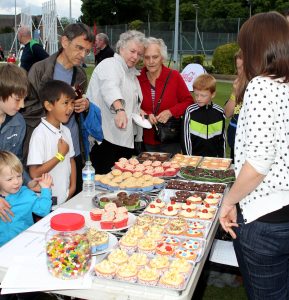